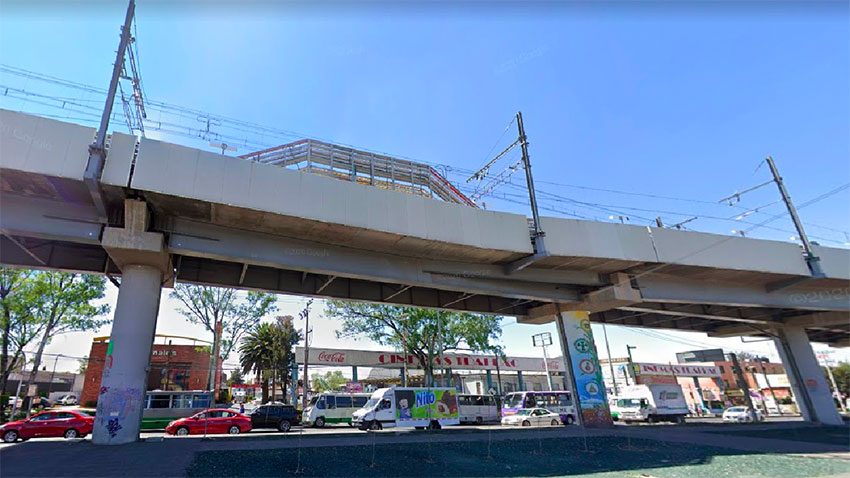 Repairs to the elevated section of the line added almost 2,400 tonnes

The elevated section of Line 12 of the Mexico City Metro, part of which collapsed last month, was overburdened by the weight of its tracks, according to a report by the newspaper Milenio.

The Mexico City government hired a company in 2014 to inspect that section of the line due to warping of some sections of tracks. The company, Systra, recommended the replacement of several rail track components including the rails themselves, sleepers, fasteners and ballast.

In a report submitted to the government, Systra said it didn’t detect any “anomalies” with the structure that supported the elevated tracks but advised against it being overloaded.

However, the Mexico City Ministry of Public Works and the then director of the Metro system, Joel Ortega, chose replacement track components that did overburden the structure, Milenio reported.

All told, the structure supporting the elevated section of Line 12 was burdened with an additional 2,367 tonnes of weight.

During six years of service, and two powerful earthquakes in September 2017, the excess weight damaged the infrastructure supporting the elevated section, Milenio said.

“Experts consulted by Milenio commented that this excess load took the structure to its elastic limits, creating cracks, fragmentation and deformation [that] damaged [metal and concrete] sheets, beams and columns,” the newspaper said, adding that the situation worsened as a result of the 2017 earthquakes.

Milenio said that unionized Metro workers were the first to notice that columns supporting the elevated section of Line 12 had shifted due to the excess weight they were supporting. In early October 2014, the secretary general of the union, Fernando Espino, wrote to then Metro chief Jorge Gaviño to request a “meticulous inspection” of Line 12, “specifically the structure and columns on the elevated section because some displacements of the structure have been identified.”

Three companies that built the line, Carso Infrastructure and Construction, ICA and Alstom, were contracted to inspect and repair the elevated section and Gaviño subsequently said it was safe to reopen the line, which had closed in the wake of the earthquakes.

Less than four years later, 26 people were killed when part of the elevated section collapsed on the night of May 3. The preliminary results of an independent inquiry conducted by the Norwegian firm DNV found that a series of faults during construction caused the collapse.

DNV’s report noted deformations, fractures and displacement of beams that form part of the structure that supports the elevated section. The excess weight placed on the structure during a period of several years may have contributed to the collapse, the Milenio report suggests.

DNV will release a final report detailing the results of its investigation into the cause of the tragedy later this year.