My commentary and opinion on the following article…

This is a growing concern. Let me explain a little here. Mexico is dangerous. Before you think Trump’s wall will protect you, the Mexican cartels are all over the United States in our major cities and down to smaller towns and countryside in the US. We are not safe.

What Mexico is today, is what the United States will be tomorrow. (maybe in 10-20 years).

Brandon Judd, Border Patrol agent and head of the National Border Patrol Council, a union for border agents, earlier testified that his agency had apprehended and deported 91,000 convicted criminals who were among the 500,000 people caught crossing the border last year. – See more at:http://mexiconewsdaily.com/news/close-u-s-consulates-mexico-too-dangerous/#sthash.PdL63Pid.dpuf

So about 1 in 5 people caught and returned to Mexico had a criminal record. That doesn’t necessarily mean that they are still criminals, but probably so. Trump has a little bit of validity then on his assertion that Mexico is sending criminals to the U.S. But… 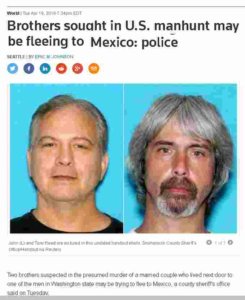 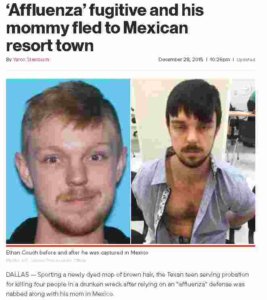 So the fact of the matter is that both countries have criminals going across the border. The problem is what the government does with these criminals. What is happening in Mexico is the the cartels are so entrenched into these northern border states that chaos happens and nobody can do anything about it. The Mexican government has called out literally hundreds and hundreds of troops with armored troop carriers to patrol many of these places in place of the police. I have seen convoys in those areas of 20 army vehicles with 20 soldiers in each one. There is work by the government to try and control this problem, but it is truly “out of hand”:

Instead of making a big stink over Mexico when it has fallen on the ground, how about a helping hand? Trump’s relationship with Mexico is pathetic. Even England’s parlament wants to ban Trump from coming into their country. Obama has entered into England’s voting matters and weighed in as though his views would turn people to one side or the other (remaining in the European Common Market). But America is being defamed by our own presidents and presidential candidates.

Please pray for us as we are working in Mexico, and it is dangerous for anybody there.