Vatican Reeling As Pope Francis Admits There Is An Army Of Over 8,000 Pedophile Priests

The pope’s actual words were…

“Among the 2% who are pedophiles are priests, bishops, and cardinals. Others, more numerous, know but keep quiet. They punish without giving the reason,” Pope Francis was quoted as saying. (see article above for original source)

Impact of Pedophile Priests on Catholicism 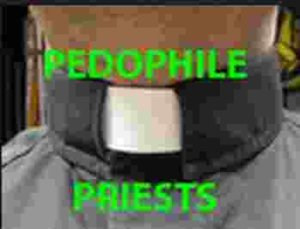 The first thing that we need to understand is that we are not talking about a factory that makes widgets, but a religious institution founded to teach morality. If within their own structure they have this kind of problem with pedophilia, then they have a testimony and credibility problem. Why would anybody go to a Catholic church to learn morality and how to go to heaven when the very people teaching them have this problem? The pope wants to minimize it, but there should not be a single case.

Secondly, the issue here is not that there are pedophiles within this church, because among every religous out there we can assume that there are some of the some. That is not the problem. There are always some bad apples in barrel. The problem is that the Catholic church does not discipline and excommunicate those priests that have this problem. One thing is that some do this unknown to the Catholic church, another thing is that they do this and are not punished, or at least removed completely from anything officially Catholic.

The fact that Catholicism cannot muster the moral strength to confront sin inside the very Catholic bishopry and priesthood means that it cannot effectively confront sin anywhere. This condemnation on the Catholic church should cause every Catholic everywhere to abandon his church and find one that can preach morality with a straight face.