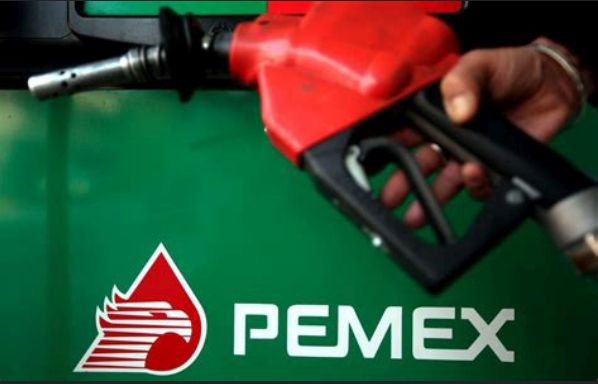 Summary: In the Gasoline Scare of 2019, I explain a little bit of what is happening in Mexico these days.

Pemex is the national petroleum company is the result of the Mexican government nationalizing (stealing from private companies) all of the oil rights and production in Mexico (back in the 50s). As such, the only gas station in Mexico for years now has been Pemex, the same Mexican government company that drills for oil and processes it. (Unleaded gas is produced in Houston Texas where Mexico sells them crude oil in return for unleaded gas.)

As such, Pemex is also responsible for moving these oil products around the country. They have pipelines all over the place, and since corruption is everywhere, individuals (usually thought of as ex Pemex employees, and sometimes active Pemex employees) make “perforations” or they drill a hole into a 3-foot diameter petroleum pipe. If that sounds dangerous, well it is, and highly so.

So the culture here is so pressured towards poverty that people go crazy for anything free. As such, a free gas station is something few can resist, and everybody goes there to steal the gas. Those who don’t own a car will sell it to make money.

It is unbelievable how stupid people can be sometimes. This is not water in this fountain. It is gasoline! Sure it is free, but 177 also got a free ticket to eternity in the process! Their craving for something free is what destroys people!

With just a single spark, this turned into tragedy. 117 died at that clandestine opening in the gas pipeline.

The cartels have taken over from the small time stealing, and now they make the perforations into the pipelines and pipe it into warehouses where they can get trucks into it and pump the gas out of the pipeline and into their own containers and trucks. They sell this to the actual Pemex gas stations and businesses that have fleets of cars. The individual Pemex gas stations are privately owned, but they have to buy their gas from the government Pemex organization.

Evangelism in the Gas Line 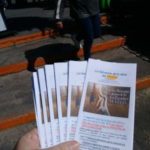 Since Saturday I walked by the Pemex near our church giving out tracts, I gave out about 250 tracts at the station, and then went back to the church, got another 500 tracts and again gave out those in the confusion of people waiting for gas. We have printed and given out over 7000 tracts so far this year (50,000 last year).