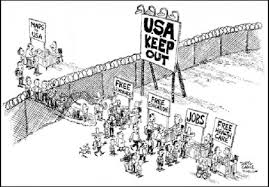 Mexican Immigration. While the media and politicians want to present that there is a great influx of millions of illegal Mexican immigrants coming into the US each year, this is a two way street. Mexican immigrants, legal and illegal, both are also returning to Mexico.

According to this article on Mexican Immigration in The Telegraph, the balance has tipped, and now there are more Mexicans returning to Mexico than entering the US.

While the good life is always painted as being in the United States, the lack of a good paying job, the higher cost of living, and other problems make life in the US difficult for most immigrants. If they were legal, life would be hard, but being illegal, it is worse.

It is amazing how Obama can push Syrians to enter the US yet other people’s of the world have come into the US and taken the dirty jobs Americans don’t want to do, and he ignores them and basically treats them as enemies. A fair immigration policy would be to evaluate how productive past immigrants from a country have been, and base the quotas for that country accordingly. When the county has caused great problems or dangers, such as muslim countries that breed terrorism, then why should they even be allowed into the country in the first place. 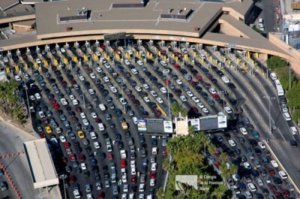 When we look at the oil rich countries like Saudia Arabia, Kuwait, Iran, Iraq, etc. There is really no reason why these countries with their small populations should take such a big chunk of the incoming immigrants. It should be understand that to enter the US to live is a privilege, and those who do not swear alleagance to our country (and they don’t have to do so) should not be extended this privilege.

The same story broke on The Mexixan Daily in which it says that from 2009 to 2014 1 million illegal Mexican immigrants returned to Mexico voluntarily. Their reason was returning to families, and an expectation of economic decline in the USA. From 1995 up until 2000 the Mexican population in the US grew 2.27 million. Their expectation more recently is that their lifestyle would be no better on the US side of the border.