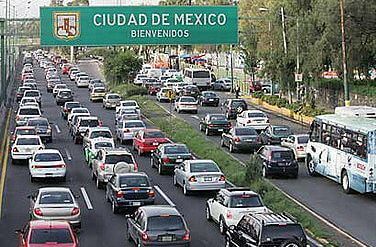 CDMX ranks No. 1 for traffic congestion

For me, nothing new here. The problem is not just the traffic, it is the lack of any awareness or smartness in the government concerning traffic patterns. It has been my constant frustration to see government plans over the years which make matters worse. For example, the amount of traffic going down a particular street is extremely heavy throughout the most transitted times of the day. Then the government gets some bright idea, and removes “some” of the public buses, (peseros – collective taxis which is just another kind of bus), and they decide to take a 4-5 lane highway and make two of those lanes for a city pesero or bus system. That effectively reduces the road to one lane each direction, and being on these things, I kid you not, a Coca-Cola truck stop in that lane to take in merchandise into a small store, blocking traffic for 5 minutes.

Where we used to live, there is a major artery going into the city (Avenida Tlahuac) and they shut down a 4 lane one way road to two lanes, one in each direction because of Easter and Lent activities. This happens every weekend, Saturday, Sunday and Monday for about 3 months. Unbelieveable.

Speed bumps all over the place, and traffic problems that could be fixed but aren’t. To me, those who make the decisions on how traffic flows have never driven a car down these roads. I doubt they even own a car or have a driver’s license. That is how ridiculous it is.