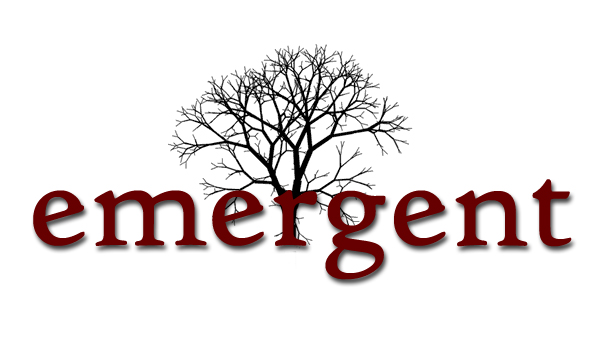 Do we need to “Remake” “Church”? People reject God’s vision of the church for their own, and try to remake God’s church

There has been a movement afoot for many years now, and it is gaining more and more popularity today. This movement is a move to “remake” what we know as “church.” In this article, I am going to examine the movement against the light of the Bible. Consider Bert Farias’ Unchurch the Church.

Unlike the beginnings of the early Church, much of the Church today is set up like a corporation with lots of organization and structure, programs and budgets, which are useful, but often with so little emphasis on prayer and the Holy Spirit’s workings, as well as relationship with one another in the context of kingdom culture

My observation is that denominational churches are usually dead spiritually, because Satan seeds and then saturates the administration and top positions of these groups with unsaved religious people that have no discernment nor do they really submit to God. A biblical church is going to have a loving environment with emphasis on relationships, as well as structure and budgets. The pushing either one or the other but the both cannot co-exist is simply invalid.

Why do we need to remake the concept of “Church”?

The answer is very simple. For these guys doing this, they don’t like what is traditionally thought of as church. What are their complaints? We don’t pray enough? We don’t witness enough? We don’t have elements of reading God’s word enough? We don’t apply God’s Word enough? There is not preaching rebuking sin enough? Maybe some of these things are lacking in “church” today, especially in some sectors, but that is not their complaint. Their complaint against “church” is that they don’t personally like the structures and ways of functioning that the traditional church has been doing things. What are their complaints? Formality in worship? The real complaint here is that “church doesn’t work today, because the forms and structures don’t work today”. This is totally invalid, and they well know it. What doesn’t work is people obeying God. God sets what we are, what we are to do, and how we are to do it, and these people wanting to overturn and redefine what the concept of “church” is are the problem, not the solution.

One of the common elements in the redefine church movement is a rejection of formality in worship and church altogether. Many pastors of these churches will go into the pulpit on Sunday morning in faded blue jeans and a polo shirt. They make a statement. What is it? The statement is first made to man, not God. Their focus is on finding acceptance with their congregation, and not pleasing God. What would God prefer? Would God prefer slackness, informality, a lack of respect of the place of worship, a lack of respect of God? I don’t think so. Isaiah’s comments upon entering the temple is that he fell down like a dead man. He bowed (humbled himself) and sought to exalt God somehow. Can you please explain to me how dressing like a hippy when you go into the pulpit exalts God? It doesn’t. No matter how you twist things, God wants formality and reverence in our worship of Him. When the pastor does this, the congregation follows his example. If there is no reverence in the pastor’s heart when he is doing God’s work, the people won’t see it or do it either. God is very precise about what He wants, and there are occasions when irreverence is dealt with by God slaying these people (even ministers) because they do not reverence God. When we come before God, it is not on our terms, as we want to do things, but we come as convicted felons (sinners) that when presented before the court have to submit to the structures and forms that the court or authority dictates, not their own desires or opinions.

While this is touted much in these circles, it is a lie. People want to be told that they will not die and go to hell and suffer forever in eternal flames of torment. They condemn the “traditional” church and ministers for fostering this upon them. Again, we return the point that we do, teach, and are what God tells us. Obeying God is not wrong. Preaching the truth of God is not wrong. If you dislike this truth, change your life, but don’t attack God and what he says! The crucial point here is that nobody is approved in God’s eyes without submitting to God. This speaks of repentance. Without repentance nobody has any assurance of being saved. That repentance is seen in giving up your sinful life (as per defined by God) and living what God commands. Homosexuals want the assurance of heaven, but they don’t want to give up their sin (this is not a lifestyle acceptable before God, it is sin, just pure sin.) You cannot get to heaven nor have the assurance of salvation living blantantly this lifestyle. That is the rub here. So when people state that young people want God, but they don’t want church, then how does that work? You are dictating to God your demands? The “church” (establishment of ministers trying to work out what they understand in the Bible) needs to dump what the Bible says and become loose, flexible, and accept whatever the popularity polls say? Rick Warren is a perfect example here, because his church was founded on the principle. His concept is that his ultimate authority is a popularity contest, a poll of unsaved people. What do they want to experience when they come to “church”? Surprising he doesn’t have BBQ ribs and beer at his services. Why not? If we go that route, we abandon God.

Do we have to change the structures in order to be accepted by the world?

There is no question that God works, often powerfully, in the old structures. But it is inevitable that those very structures put serious limitations on His working… Without a change of structure it is virtually impossible to conserve the fruits of revival.”

Is this correct? Where in the Bible do we find man abandoning the structures that God ordered? The entire concept is black and white different from the Bible. God orders structures (the “Church” as God defines in the New Testament), and we seek acceptance from God, not from man. Salvation is a submission to God’s will, a repentance from our own will. These fellows are dealing with a totally unbiblical concept of what salvation is! It is not God changing to be acceptable to our tastes, it is us changing to be acceptable in the eyes of God. The force of authority is God telling us what to do, not the reverse. Farias continues…

When “structure” and “organization” is emphasized above relationship, concentrated prayer, and the Spirit’s workings it will produce an institution that pays their workers to love and serve people. Everything then will become event-based, performance-based, and program-driven. A lack of intimacy and true covenant relationships keeps most people under-stimulated and actually serves to harden the human spirit.

What I find in his words is a total rejection of God by this man. A preacher or pastor preaching a Sunday sermon in a traditional church is an officer or agent representing God, using the same forms and structures as the New Testament. This is what they did in the NT churches. Why is that now somehow “wrong”? With the structure and organization comes the authority of God. Official channels are how authorities like governments work. God has his official authorities, and these have official ways of working, as ordained by God. To throw out all of that on a whim in order to get approval of marginally religious people is ridiculous! There are stone cold churches and ministers. These need to change their hearts, their attitudes, and maybe in many cases even get really saved as a first step.

What is our spiritual authority?

It is unfortunate that the United States has through the hippy culture and come out the other side with so much of their philosophy. Our society is a “do it your own way” “have it your own way”. They seek to plaster everything everwhere with that philosophy. In this hippy generation culture, there is a foundation of “overturning established authorities“. It is laughable to see the hippies of the 50s now moms and pops in factor jobs, and they continue with their overthrow the establishment and authories except when they are those authorities. It is like Castro. THE WAY has to be overthrow the established authority. So Castro as a rebel kicks out the establish government and sets himself up as the established government and then kills anybody that dares threaten his authority, and all the while tooting the rebellion horn. Way a minute, what is the way he entered into that authority structure wrong now? That is how Satan works. They have no moral affinity to rebellion, they just use it when convenient to get what they want. In this “remaking of the church” movement, the errors of the church are pointed out in gross detail. Yes there are a lot of churches with problems, but their problems have a very distinct mark. They are not doing what God ordered up when he set up the structure and form of the local church.

If you disobey the instructions when assembling something, don’t blame the factory when it doesn’t work right!

God has put out a clear pattern for us to follow. That pattern is embodied in the concept of “church”. Church is not what you want it to be, it is what God defines it to be. Big difference. Popularity or polls do not define anything right, nor do they define anything “official.” So why do all these church reformers want to base what is best for Christians on what people think? It doesn’t matter what they think, because the only thing that matters is what God has said. A biblical Christian, when confronted with “the church isn’t working” will go to the Scriptures and find out what God has ordered and we are not doing. An unsaved person will not esteem God’s Word as the solution to his problems, and he will seek worldly ways to fix things. It is in the authority of Scripture that we find solution to our problems. Moreover, a Christian will not only obey Scripture, his trust and hope is in Scripture. These elements force him and pull him into Scripture to find solutions, divine solutions. When leaders teach that we need to do surveys and take opinion polls, and let them speak to us, then we see they have no confidence in God’s Word, nor do they have their hope anchored in them. This is the crucial issue here. What really are the people who are wanting to remake church? Are they obedient, saved Christians? or are they disobedient Christians, or even unsaved people?