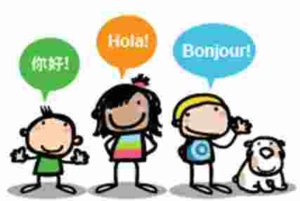 Topic: Language Learning Pointers
By Missionary David Cox
Previous I had a post about language learning, Missionary Problems: “I wish I had known about language learning and missionary relationships.” and in response to an email followup from Marie, I came up with some more pointers.
Some pointers are:
(1) restrict any and all communications with people who only speak English while studying. Your mind needs to create and find a “new groove” which is thinking in Spanish. That means even watching TV, reading a book, answering email in English gets your mind out of that Spanish groove. You have to be ridged about not using English while you are studying Spanish.
Try to watch movies on Youtube.com in the language you are studying. It doesn’t matter that you don’t understand, watch what is going on, and try to repeat phrases of what the people are saying. Better a movie that you have never seen in English.
(2) submersion means that you cannot get enough. You need to interact a lot in the other language. Do not accept speaking Spanish with a non-native speaker. What you have to say with your husband is okay, but don’t count that as practice really. Read, talk, watch TV, and question. My linguistic studies helped by tuning my ear to how people say things. Repeat (under your breath) frequently what others are saying so that your mouth can get used to the sounds.
(3) You must domainate English first. If you are not good in English, you will be worse than that in Spanish. There is no substitute for grammar, grammar, grammar. Today’s English classes in high school and college rarely get very deep into grammar. As a result we can talk great English, even though it is grammatically incorrect, and we are so ignore that we don’t even recognize it! I studied Greek, and that helped my language learning tremendously also. Subject, verbs, adjectives, adverbs, gerunds, tenses, these are what you should know backwards and forwards. If you cannot figure out grammar in English, then you will be a thousand times more lost in some other language. Take an English grammar refresher course, or just buy a good English grammar book (university level) and go through it thoroughly. That will help a lot on down the road.
(4) Carefully pick native speakers to do one on one. Here you need people that really are native speakers, and really, it is better if they have little English or speak English poorly. They are better. You need to talk up a storm with them, and ask them about everything. Converse with them. The best language helpers are those that are not shy about correcting you when you are wrong, including trying to fix it when your accent is off. They probably cannot do that except repeat, repeat, repeat. (You need linguistics training to correct a bad accent). But I would put a lot of importance on getting a good language helper. DO NOT TRADE SPEAKING IN SPANISH AND THEN IN ENGLISH! This is bad, don’t fall into it. You want to focus on Spanish, and really, try however difficultly you can, but don’t go into English AT ALL! Those kinds of things seem like they would work out, but they rarely do. It is more confusion that learning.
(5) Focus equally on grammar (understanding it) as well as fluently speaking it. There should be a good balance, and remember, most people in any language group know little about grammar. They make mistakes in their own language all the time. So don’t copy everything you hear. You need somebody that has or can teach Spanish grammar in a spanish school to teach you the grammar with confidence that they know what they are doing. Try to find teachers with at least a college degree in something like Spanish grammar or spanish literature.
(6) Stay in one language as much as you can. When in a Spanish culture, keep in the Spanish language. NEVER, NEVER, MIX ENGLISH AND SPANISH IN THE SAME SENTENCE, and TRY NEVER TO MIX THEM IN THE SAME CONVERSATION. Talk with your mom, speak English and no Spanish. Talk with your husband, keep it all in one language or the other. The mixing between the two languages creates a “tex-mex” language that is neither one nor the other. Mexicans in the US are good examples of this. These kids born in that culture cannot speak Spanish nor English, and they are basically confused, and jump between the two to hide their ignorance.
(7) Try to mix your normal work with language learning. IF you are a housewife, get a good Spanish dictionary with pictures of scenes that have things labeled, and/or look up words like in a kitchen, sink, drain, plate, pot, soup, etc. and make little signs and tape them on everything. Remember, you want you mind to groove into Spanish, so you do not want to look at a spoon, and then think this is “Spoon”, now what is that in Spanish. No. When your mind is in the groove, you look at a spoon and you think “Esta es una cuchara”. You should not mentally take the time to translate. You learn the vocab from using it in conversation and hearing Spanish speakers use it, and you assign a new label on an object. That new word (in Spanish) needs to come without going through a translation process in your mind. You are thinking in Spanish. That is “being in the groove”.

The idea of taking a bunch of small cards and writing the word in English on one side, and Spanish on the other seems like a good idea but isn’t. Why? You are learning a word for a word, and that will force your mind to think of the English word first, then go through the translation process. Then try to form a sentence.

It is better to just put a picture on the English side of the card, or write the Spanish name or word on the actual thing (think bedroom, bathroom, kitchen).
When I think in Spanish, at times I forget what something is in English. I have to take a minute and try to remember it. The English words just don’t enter into thinking in Spanish. This getting in the mental groove means that even HOW YOU THINK will be altered. I translate back and forth, from English to Spanish, and Spanish to English all the time. I write most of my tracts and books in Spanish, so I have to translate them from Spanish to English. It is difficult sometimes. It is correct and good (normal Spanish) to say something in one way, but it just doesn’t make sense in English. You have take a step back, ask what does that mean in Spanish, and then try to find an idiom or something that accurately represents the same concept in English. Like I say, I fully understand the concept in Spanish, but sometimes the English is hard to get across.
In Spanish we see something really neat and we say “¡Qué Padre!” which literally means “What a Father!” But that makes no sense in English. The best way to express it is “Wow!” So our English is poor in representing the expression of awe.
(8) Try to get where you don’t use a dictionary. When you don’t know what the word is, talk to a native speaker and describe the word in Spanish.
See also Language Immersion extension for Chrome
22 Tips for Learning a Foreign Language

Learning new languages is a natural instinct for children, and yet it becomes more difficult as we…Read more