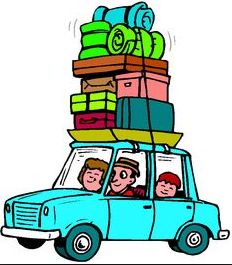 When a person chooses to be a missionary, there are certain sacrifices that they make in order to partake in this kind of ministry. Essentially you lose a lot of your “identity” to become a missionary. The simple question, “Where are you from?” becomes a complicated question because while I was born and raised in South Carolina, I have spent more time in Mexico than the US. Mexican people we visit. Sometimes they joke saying, “David is more Mexican than we are!” I have adapted to Mexican culture and foods, and I really like at least most of the Mexican foods.

But this price we pay is difficult to handle many times.  You kind of “lose your identity” in the process of being a good missionary. We must celebrate the Mexican holidays and basically follow the Mexican culture, because you just cannot survive without doing that. Image if a Mexican was to pastor your church and not celebrate the Fourth of July! He would be extremely out of sync with the people he is trying to reach. 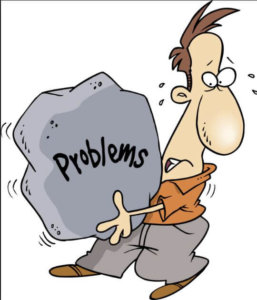 While we as a family have always had some sort of extra food or celebration of some kind on Thanksgiving and the 4th of July, all of this becomes much more grievous on the kids of missionaries. If they stay in the foreign country, they do like the parents and celebrate everything for both countries. But coming back to the US, they are torn between “being an American” or “being a Mexican”. People will criticize them if they celebrate Mexican holidays because they are gringos. If they don’t others will criticize them because they don’t.

It is hard to keep a normal family running smoothly as it is in our day and age. Being in a missionary situation it is even worse.

My real home is in heaven. I don’t have a home here in the United States nor in Mexico. Wherever I go, I feel as though I am imposing on people and that I don’t really have a “home base” from which to operate from. When my mom and dad were alive and had their house, I felt like that was kind of “home base” for me. But when they both died, I really don’t have anyplace that I can call home. We have lived in rented places in Mexico and the US, and we have stayed with family, friends, church prophet’s chambers, and missionary housing. But none of that was really home. They were just like extended or different hotels.

Home is a place where you can store your junk, and have a control over your own stuff, and it really doesn’t cost you. Yes we have had rental storage lockers but, in the end, you just throw the stuff away rather than have to pay to have junk. Moving also wears on you. Most people only move a couple of times in life, to college, leave college, and maybe one or two times after that. We move on an average every 2-4 years. You never realize how much junk you accumulate until you have to pack it all, move it to another city, unpack it all, and then figure out how to make more space for what there is no more space for. You find something that you carefully packed in bubble wrap the last three moves, and now it is cracked and in pieces, and you wonder, why didn’t I trash it way back when?

I know some people say we should buy a house or apartment on the foreign mission field and perhaps one day that will happen for us. But as we observe others who did so only to leave missions in 2-4 years and have to take what somebody will give them for their house, I don’t see that as being without problems either.

There seems to be a fine line in many Christians’ minds about what a missionary really is. Many people see us as glorified beggars. If God would never have commanded us (the Body of Christ) to reach the world, then I would get out of missions today.  But God did command us, and without somebody actually going out and doing this, the Great Commission is not going to be fulfilled. You cannot just sit home, pray, not give, not go, not help others to do that, and think you are fulfilling God’s command to you. It doesn’t work that way.

As such we are soldiers in God’s army, fighting on the front lines before those “front lines” come home to roost. Unfortunately for America, it seems like American Christians have failed miserably.

As such American is now the “front line.” It is sad to see how little was done in Mexico to win Mexico to Christ. I think for every missionary in other countries, there are 3-4 Mexico Missionaries. Having said that, Christianity hasn’t every gotten a good foothold in Mexico. As such the cartels and government corruption have thoroughly changed Mexico, and all of that is getting exported to its northern neighbor, the United States.

Being a missionary is hard on those involved. Please pray for your missionaries.