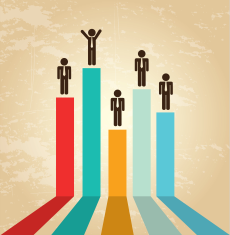 It is a sad state of affair when instead of worrying about spiritual matters we are more concerned about how we stack up one against another. The bottom line is the “better” one missionary and his ministry can be presented, the easier it is for him to get funding. This missionary competition is pure carnality and anything but spiritual, but this is what many missionaries do, and basically they have to play the game of competing with other missionaries or they won’t get missionary support. This situation has been equally orchestrated by churches that give to missions as well as by the missionaries. Many a missions conference is arranged so that those who sing and dance (okay not dance but perform in order to entertain, same thing) better will get the funds, and in some way, these conferences seem to want to embarrass those missionaries who cannot do puppet shows, or sing, or play an instrument, etc.

Having been a missionary for 30 plus years, music and puppets and such is pretty low in what makes a mission field church work. Good preaching, good spiritual discernment, leadership elements in the missionary, persistence in the face of difficulties and opposition are major needs and advantages. None of these elements are every touched on in any missions conference I have attended. Maybe preaching, but if a missionary preaches better than the pastor, then most pastors resent him for that. Huh?

2Cor 10:12-18 For we dare not make ourselves of the number, or compare ourselves with some that commend themselves: but they measuring themselves by themselves, and comparing themselves among themselves, are not wise. But we will not boast of things without [our] measure, but according to the measure of the rule which God hath distributed to us, a measure to reach even unto you. For we stretch not ourselves beyond [our measure], as though we reached not unto you: for we are come as far as to you also in [preaching] the gospel of Christ: Not boasting of things without [our] measure, [that is], of other men’s labours; but having hope, when your faith is increased, that we shall be enlarged by you according to our rule abundantly, To preach the gospel in the [regions] beyond you, [and] not to boast in another man’s line of things made ready to our hand. But he that glorieth, let him glory in the Lord. For not he that commendeth himself is approved, but whom the Lord commendeth.

Paul addresses the contention that was being thrown about in the Corinthian church at the time, and it appears that the issue was that some were boasting of their own actions and authority as being the same as one of the 12 apostles, and despising and debasing Paul and his ministry, boasting that their ministry was superior to Paul’s missionary ministry in some way. This is exactly the same situation going on in churches today, and the churches are promoting this unhealthy and unspiritual competition between missionaries.
It is common for churches to have missions conferences where they put the missionaries “head to head” where they must sing and entertain or please the crowd. Two things come out loud and clear in these settings: (1) the missionary family with the most entertainment talents or charisma personality wins, and (2) the missionary who can brag about his own ministry most wins.
If we return to the Scriptures, all Christians should be examples of Christ, and Christ set the pace as being the more spiritual person as they are the meek and mild, never boasting or trumpeting his own virtues.

2Cor 10:18 For not he that commendeth himself is approved, but whom the Lord commendeth.

2Cor 12:11 I am become a fool in glorying; ye have compelled me: for I ought to have been commended of you: for in nothing am I behind the very chiefest apostles, though I be nothing.

The bottom line here is that it is an extremely thin line (if there is even a line at all) between boasting of your own self and presenting your ministry. I never see anyone (anyone spiritual at least) in the Scriptures boast of their work. They work seeking to please the Lord, and the Lord is the one who matters, not your financial supporters. Paul in 2Cor 12 does tell things as they were, but his point was not to get missionary support, but to get a fair hearing on his doctrinal differences with the Corinthians, and to get his exhortations heard. Probably no money or support was involved between Paul and the Corinthian church.
How to “not compete”
When money and financial support is involved, then this issue becomes extremely tense, and backstabbing, blaspheming, and gossip coming from the lips of “good people.” This is sad, and probably God allows it for the spiritual churches to discern and reveal what kind of minister would attack a fellow man of God. Biblical issues of testimony, biblical doctrine or practice, and other important issues are not the usual fair for these attacks, because the Bible is only used when it is convenient, and anything that can be used to beat the other person’s testimony seems to be fair game, yet these same people seldom seem to take stands on the issues of the day. In other words, the same ones that get so bent out of shape at some brother missionary doing a good job, and he just has to mention to a pastor supporting him some issue with him, also has no problem with the Charismatic movement, worldly music, or visiting churches with bad doctrine or testimony (when they themselves are doing it).
The competition element should be shunned in Christianity. Some pastors are extremely cordial and courteous when one missionary doesn’t show a lot of stage talent (sing and entertainment routines before others). What probably should be of great importance is how well a missionary can preach or teach, and this seems to be the least important issue, and the issue that most pastors seem to overlook as a requirement. The bottom line here is that if a ministry cannot preach or teach in English before your church, chances are his ministry will be the same boring, lifeless ministry on the foreign field, just worse. Personally, I don’t mind a young or inexperienced missionary who cannot preach or teach so well if he is very sincere and trying hard. Dedication and passion go a long way to make up for talent. Give that kind of guy all the breaks in the world.
But note that pride and haughtiness are the characteristics of the devil and his children (Isaiah 14). When you see people always forcing into conversations all that they have done, and how great they are, be assured that Satan has a firm grip on their hearts, and they will do little for God, and they will do great damage to God’s name and work. Don’t pay those kinds of guys their salary.

How does a church choose a missionary to support?