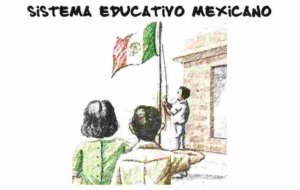 Corruption in Mexican Education is rampant!

The Supreme Court instructed the ASF to identify responsible persons and initiate criminal proceedings against them in cases related to fraud of over 10 billion pesos a year (US $670 million) in the federal education budgets for fiscal years 2009 and 2010. –

Taken from the Mexico Daily News

When you speak of corruption in education to an American, he really doesn’t know what that is. Usually he will think, they are teaching something improper. But in Mexico, everything seems to revolve around getting gain ilicitly, and where there is money, especially lots of money, there is corruption. That seems to be the rule in Mexico. The Mexican constitution promises a free education to every Mexican citizen. The governmental agency responsible for this is the SEP (Secretaria de Educación Pública, or Secretary of Public Education).

The corruption in the Mexican educative system starts with the teachers, the unions, and continues through the governmental agencies. What happens here is that there are “ghost teachers” people who are not really teachers, have no training in education or in any field that would qualify them to be a teacher, but are on the payroll. Somebody in the system approves them, brings in a warm body with an id, and they are now on the payroll. The person who puts them into the system collects their checks. Another thing is to use government money on non-educational expenses. 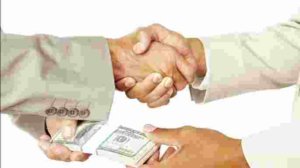 What cases of budgetary fraud must be punished? Many are related to payments to “teachers” who appeared on the payroll but not in their assigned schools. These were similar to many cases uncovered by the educational census of 2013. Although the census could not be carried out in Oaxaca, Michoacán or Guerrero due to opposition by the dissident CNTE teachers’ union, in the rest of the states it found that practically one-fourth of the teacher payroll, approximately 300,000 people, were being paid as teachers without working as such.

Within the Mexican educative system, things are difficult. Students go to school for half a day, getting out at 2 or 3 PM, so there are two shifts, a morning and an evening shift at all schools. Teachers often work two different shifts to make more money. Sometimes working in two different schools in two different shifts, their salaries are radically different. These lends itself to teachers being put on the payroll, but never showing up nor even having a class assigned to them. It is estimated that one of every two schools is “pregnant”, that is, that they

Ester Gordillo was the head of the SEP teacher’s union (which she was never elected,but appointed by a sitting president of Mexico, and that in itself is not how the system works supposedly), and she was indicted on illicit income. The story of her life is amazing. Buying $5000 DOLLAR hand bags online from stores in Hollywood, having her own personal jet, etc. What she make (openly, not under the table) was like 1000 times more than a normal teacher’s salary.

In the article, the auditors found this abuse as they have before, but the Mexican Supreme Court now wants them to go after these abuses, charging them with legal charges against them.

Another problem is the pre-selling of entrance exams at different levels. Imagine, how much would you pay for the upcoming entrance exam for medical school? Yes, they are for sale, and the SEP employees are making them available. Another thing is when the SEP purchases things, you as an employee have an outside company and sell overpricing the items. The SEP purchased 2 million laptops, and they were very poor quality machines, and they were very expensive. Since the SEP is responsible for the education of Mexico, they also print the textbooks for all levels up to and including high school. The SEP made a study on the veracity of information in their own textbooks, and now they are replacing a large number of them because of factual errors in them (Excelsior).

Another area is when high school and up students take entrance tests or exams in their career, they may make a good grade, but the teacher calls them in, and unless they give a kick back to the teacher (cash, favors, or to buy him something like a cell phone) then he will make down the test as failed.

Another article here in the Mexico Daily News about 12,000 teachers positions where they entered without going through the testing and competition for competency.