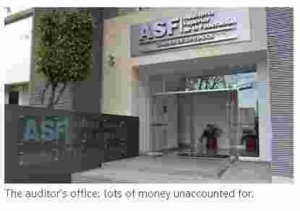 This post is about an article in the Mexico News Daily about the corruption in Mexico.

This article reveals the corruption in Mexico, especially that at the governmental levels, federal, state, and municipal. According to the official government report 67% of all spending by these different government entities is illicit, spending on things that are not officially approved for the government agency involved.

The total is somewhere around $23 Billion US Dollars that is misappropriated. This is an awesome amount of money to just “disappear”. Another 2/3s of that amount was misspent by the governmental teachers unions through out the country.

What really is amazing is that there is no accountability nor scandal raised over all this missing money.

In another article from forbes.com, Forbes says Mexico was the World’s MOST CORRUPT NATION in 2014 (Transparency International).  Mexico was ranked 103 among 175 countries, looking at corruption in the public sector.

The best country was Denmark, and the worst was Somalia. 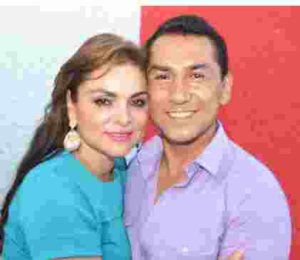 An example of this corruption is the ex-mayor of of Iguala, Abarca (and his wife). In a modest income job, yet he came in with very little personal assests and within a few years bought land and built 2 large shopping malls, questions abound.

In the corruption accusations thrown at his feet, a teacher’s union got involved and decided to make a march against him at one of the openings of his super mall. These student teachers actually started out on a trip that was not what they expected.

Abarca supposedly found out about their planned demostration at his celebration, and he ordered police to intercept these student teachers. From there the 41 young people basically disappeared.

A massive manhunt was made for the missing, and eventually the federal police found two state policemen involved in their abduction. Under sworn testimony, they described how these policemen handed them over to a drug lords henchmen (Abarca has relations with the drug lords supposedly), and from there they took the 41 and shot them, and then poured gasoline and diesel on their bodies and burned them. Some were still alive and tried to crawl out from the burning mass of flesh and bodies, and the policemen and the drug people didn’t shot them again, just pushed their bodies back into the flames.

They burned the bodies for many hours until nothing was left, and then those assasins disrobed and changed into different clothes and burnt their own clothes, and then took the ashes and spread them over a nearby river.

All of this simply because these student teachers were going to bother Abarca’s celebration opening of his new mall. He and his wife were implicated, they fled, and they are now under custody by the Mexican federal police.

The kicker in this story is that the parents of these murdered student teachers want justice for the death of their loved ones, and for the Mexican government, all this is business as usual. The parents and family continue to put pressure on the government for answers. How could this have happened?

The answer everybody knows and nobody wants to speak out loud is because Mexico is extremely corrupt, and these kinds of things are very common here.