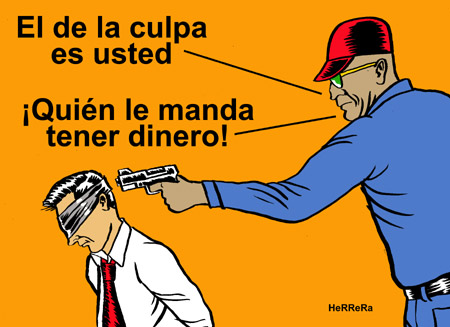 Kidnapping in Mexico is on the rise, and we as missionaries are possible targets for this violence. We ask for your prayers for us, and our ministry here.

This post is from 2010. But we have recently had more reports in 2020 of kidnapping, and as the economy in Mexico tanks, people are using whatever means they can to make money.

Note: I am “cleaning” this site of old prayer updates and also pictures that could be used in “figuring us out” as a family.

Today after church we ate with another Christian family that attended with us in the past, but now go to another church. Within the general area of the church, there were 6 cases of kidnapping that they were talking about. We are talking about all within an area about 3-4 miles from the church. Most were young people, and few asked for ransom. They think they are stealing young girls for prostitution, or killing them for selling body parts.

My own observation is that about 2 years ago, the banks here stopped giving out balance information of your account through the teller (bank employees) at the window. They direct you to an automated teller to find that out. The banks have had to make the teller’s “blind” to bank balances because so many were involved in a kidnapping.

About 6 years ago, we went to an area to have Sunday evening services with a family that had a cottage industry of making clothing. There was the grandmother (who just stayed home) and about 5 grown children, each with their own production unit in their own houses. They were not rich, but they were much well off than others in that area. They think that a disgruntled employee arranged to kidnap their 10-year-old boy. When they asked for an outrageous amount of money, the parents balked saying they didn’t have that kind of money, nor could they come up with it in the short period of time they were given. The kidnappers told them the balances of all their bank accounts, credit cards, and each of their investments in the Mexican Stock Market and their balance. The kidnappers paid off Mexican Postal employees to get the monthly statements for each of their business accounts. Here in Mexico, it is often that your monthly statements don’t arrive. Telephone and electricity statements often don’t arrive every month that they should.

This is apparently a Mexican invention, and basically, somebody grabs you and escorts you to the ATM machine, and empties your daily limit from all your credit cards. This is very common here, and many times it happens while you are using the ATM machine, somebody comes up behind you and sticks a gun in your back, and you do what they tell you.

How is it possible for a prison inmate to kidnap and extract money from you without ever leaving the prison? They do it, and it is becoming very common despite all the warnings to the contrary. Basically, they have somebody on the outside that gets information about a family with older people (grandparents) taking care of children in school. They call the parents from a cell phone (illegal in prisons for the inmates, but they are smuggled in), and they tell them they have their child, and they will kill them in 2 hours if they don’t deposit the money within the hour into their bank account. You say, how dumb can you be? Well not so. The kid is safe at school, but the parent runs to the bank and deposits the money (usually a couple of hundred dollars is what they ask for). The bank account is in the name of the inmate, and his wife has his PIN number, and she is constantly checking for when the money is deposited and she immediately withdraws it. When they chase him down, he was in prison, and they have no phones, so he couldn’t have made the call. When they try to take the money back from his bank account, it is in zeros. He says somebody stole the debit card from his wife and made her give them the PIN number. It is extremely difficult to prosecute, and if they do, he is already in jail, and adding more time is not going to motive him or hurt him. Another variation is for the victim to buy several hundred dollars in Phone Cards, and read them the numbers of the cards over the phone when they call back in an hour.

Who are the principal targets?

Usually the rich are the ones that are most often kidnapped. Many times people just disappear without any ransom being asked, nor do they ever find out who did the kidnapping or why. Many times people start out with the idea of kidnapping somebody for money, but later on, things go back, the victim tries to get away or call for help (they keep them in houses here in Mexico City, so people everywhere), and the kidnappers have to kill them or beat them and end up killing them, so they just dump the body and that is it.

Though you walk through the valley of the shadow of death….