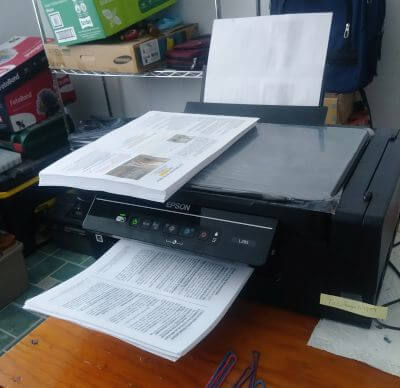 We are missionaries, and we believe that biblical missions are based on godly couples going to the foreign mission field, working in mass evangelism, and of the converts that come from that ministry, they start local Baptist churches.

As such we teach and practice our people going out in street evangelism and door-to-door evangelism every week. Being the pastor of this church, I believe that it is very important that they see me as pastor going out weekly setting the godly example for them.

The bare essential facts of life are that so many people will not stop long enough for you to actually explain to them the gospel. This is where a written presentation in the form of a tract is so useful and essential. Where people are busy going to work or someplace, or they are returning home and are tired and are not going to take the time to listen, they will take a tract.

Here in Mexico City, the majority of the people use public transportation. This means that they are fighting to get to the subway, bus, or collective bus (which is a smaller bus, similar the old Volkswagen Vans of yesteryear), and once they get their place (waiting in the line of course), then they ride waiting.  That is when they are bored (some commute 1-2 hours each way to and from work). If you give them a tract, they will read it and think about it as they wait to get home or to work.

So part of the “problem” we have seen is that many times we can offer a tract to the same people on occasion. When they see the same tract, same image, same title, they won’t take it again. So if it were a different tract, they would. Some people are attracted to some presentations whereas others aren’t. One of our best evangelism tracts is one that asks “Do you have problems?” The solution to your problems is the Lord. Then we present the plan of salvation.

So instead of just getting one commercial tract and using exclusively that tract, we vary what we give out over time, and many times I will print several titles for the same Saturday evangelism. If they don’t want one title, our worker can offer a different title. In the street markets, we give out a tremendous number of tracts to the people sitting in the stands selling things. They are mostly bored if people don’t stop in their stand, and most of them will take anything you have to offer as long as they haven’t read it before.

If I could get 5,000 Chick booklets each month, I could go through them easily. But we are limited to what our financial resources make available.

As such, I have not found anything better than just printing 1-page tracts on my computer’s printer. Over the last 12-14 years, we have probably gone through close to 20 printers. Most last about 30,000 impressions, and then you can “hack” their counter and reset it to zero and print some more. That is our regular procedure. The second time around, I usually can get another 10,000 to 15,000 impressions before the printer just breaks without remedy. They deliberately make the innards of the printer out of plastic, and the cogs and things just crack and break at that point.

But realistically we can get around 40,000 to 50,000 impressions out of a printer, which an impression is 1 tract which is 2 impressions, one for the front, and one for the back.  These printers are very cheap, around $150 each. So 1 printer can last us around 5-8 months depending on how many tracts I print. 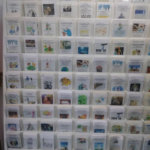 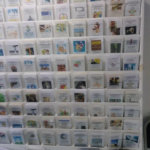 I also have around 350 Spanish tract titles, so I also use them to print 30-50 of each title and keep them in the church for our people and visitors to take freely.

Since we already have these printed up, I just replace those that are gone.

At times, we have requests from other ministries for our tracts, and as we are able, we supply them with our tracts. (I have written about 97% of them.)