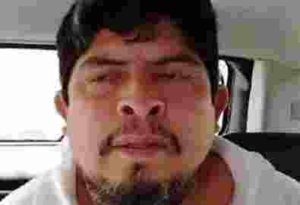 He is believed to be the key connection between the Mayor of Iguala and his wife and the drug lords. The Mayor disliked these students coming to the opening of his new shopping center, so he told Salgado to do away with them.

Salgado sent his police forces to intercept them., Once they had done that, the policemen didn’t know what to do with them (because marching is not illegal in Mexico) so he supposedly checked back with the mayor. Then they decided to hand them over to a cartel gang.

At this point the students disappeared. The theory that the Mexican student deaths happened at the hands of a drug gang is pretty much solid in the minds of all here.

The following videos are an excellent overview of the events of this incident. These three videos explain the student movement, with videos of where they lived, the marches that they were involved in, and most importantly, their clash with police in these marches. Although a lot of this movement is involved in Communist/Socialist principles, there are real abuses happening here in Mexico, and they people are complaining (in marches) about these things. The Mexican government is rather clear and brutal in their response, “Go away, shut up, and stop rocking the boat!”

Basically most of Mexico (the common people) is up in arms at the Mexican student deaths, because it is just a poster boy kind of image of what is happening all over in the Mexican culture with the cartels.

The point that caught my attention in this article (Mexiconewsdaily) is that it has come out that Salgado was on the narcs payroll, making $40,000 US dollars PER MONTH!

This is how the drug cartels work. They buy off the government and civil officials, and quite simply, these pawns give the cartel anything they want. There is a dynamic of trading and money and drugs passing back and forth between them.