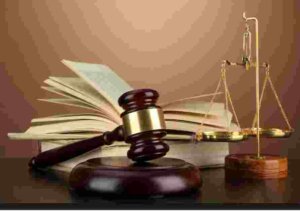 It is amazing to see how easily, common, and unremarkable to find elements in police forces (as well as judges, lawyers, government officials, etc) which are on the cartel payrolls. During Salinas de Gortari’s presidency, the US DEA stopped sharing any intel with Mexico, because while they were watching a drug lord in a house, they notified the Mexican counterparts, and within “MINUTES” the drug lord received a phone call and fled. This happened so many times that they just stopped sharing anything.

The Mexican police in the border cities near Texas are often grabbed by the federal police (the entire cities police force) restricted to barracks, and all their guns collected and test against known crimes. That usually nets dozens of links between these police and known murders. Wierd laws like policemen cannot have a cell phone on their person while on duty comes because between gathering up a police force in police buses to go raid a drug lord and arriving there, they are gone. They grab all the police’s telephones with them and somebody called and tipped them off!

This article reveals THAT IT IS THE SECURITY FORCES that are doing a lot of the worst and most violent crime in Mexico. That means the police, both local and federal, along with the Military that are actually doing these crimes. These “security forces” have the explicit mission of combating organized crime, and they are infiltrated, turned, and become the very vehicle used to do these crimes.

This is only getting worse over time, and actually all of this is beginning in Mexico and being exported by the drug cartels from Mexico into the US.

Let go on a tangent for a minute. God lays down some very clear principles. Satan comes along and tries to erode those principles that we impose on our lives. God says, “Do not lie.” So I don’t lie. Satan comes in with a situation (typically in a novel or movie) and a happy family where the man loves so much his family, is in his house and gun shots are in the street. He hides his family in a secret place, and the bad guys break in and torture him asking him to tell them where his family is. “Are they in this house somewhere?” The man lies because that is “the right thing to do”. Satan has won. He has taught us that God’s rules are no good, except when they are convenient. (The man can refuse to answer as well as lie, so lying is not necessary. The fact is, no matter what he says, they will probably search for themselves and find them.)

This is how Satan works. He likes government, courts, laws, and police when he can control them, and rip them away from their God given purpose to exist.

The report (of the missing Ayotzinapa students) tried to examine the reasons for justice being so hard to obtain in Mexico when the crimes are so atrocious, and concluded that the roots are political. – MexicoNewDaily.com

The problem with Mexico is that this will not correct itself alone. The people hate the corruption in their own government, but the culture has developed this same corruption in a unilateral way, such that even the people participate in this on a daily basis. It is only when external pressure which is tied to economic pressures that the mexican government will begin to get its act together.

Remember as Mexico goes, so will the US go. The drug cartels run Mexico, and their field for selling their wares is the US, and they will establish their own brand of cultural and society in the US which is useful to them to get the most gain from their wares. We must understand that we must help Mexico break the bondage of these cartels and the hold they have on their culture and people.