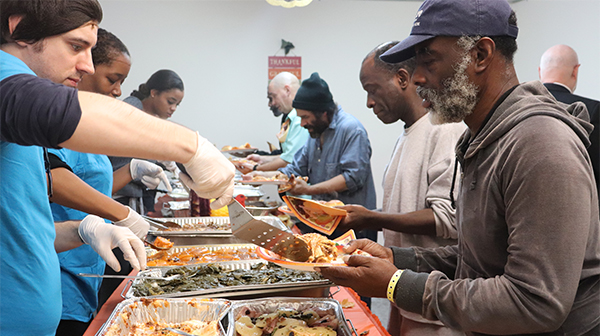 Catholicism supports Illegal Immigration is an article by missionary David Cox on the Catholic element in American illegal immigration.

Let put out a disclaimer at the beginning here. I am not Catholic, and I am Baptist. So I see Catholicism as a false religion that manipulates their members in order to get money from them, and also to make them ensnared in their Catholic false doctrines. When I meet Catholics, I try to tell Catholics the truth of Scripture, and help get them to leave that false system. So I am no fan of Catholicism.

But what has happened is that over the years, Catholicism has strung up helping ministries for people with addictions, training their people (catechism classes) and in other ways trying to be relevant. That is because as far as purely teaching the truth of the Bible, they just fail. They cannot even get their own official position from the Vatican straight as far as abortion, homosexuality and transgenderism. On pope comes out against these things and another comes out in favor of them. Homosexuality is a raging problem among their priests and seminarians because they are prohibited from marrying, and as such they turn to homosexuality, and abuse their own young people. The Catholic church has been embroiled in these abused people and their parents, legally suing the priests in question for sexual abuse.

These young people (mostly young underage men at the time) are now adults and in full swing against this abuse. The church refused to let these cases go to court, and settle for millions of dollars in order to keep it out of court. The offending priest? He is moved and promoted. It is amazing to see a priest accused of sexual abuse, he not deny it, and then the Catholic church moves him from a local Catholic church to be the head of a male orphanage. Amazing! That kind of action has caused these cases to be lost in the courts.

So Catholics are social warriors now…

So Catholics are social warriors of a type now. They are wanting to make their church all about social helps. Of course, the people receiving this help has to attend their services. But politics entered into the mix. All of the money for this “social help” came from donations of Catholics to their church. The American Government entered (thanks to the Democratic party), and they are now financing the Catholic relief help for the immigrants.

So we see where America’s founding fathers were again very wise in prohibiting the state endorsing and funding of any particular religion. Where simple prayer is cut out of all Congressional activities (they are working towards that) and public schools, they on the other hand are outright funding a religion in opposition to the US law.

All is well as long as you help people

The thought behind what is going on is that as long as you help people economically, then all is well although you are breaking the law. First of all, this is wrong. Breaking the law and the principles behind the founding of our country is just wrong all the way around.

Moreover, you are not helping people really by giving them money. You are creating a beggar. That person is not gainfully employed, and from that employment supporting his own self. This is were this breaks down horribly.

You say, “we are just helping people.” This people receiving the handout know which hand is that feeds them. What they don’t realize is that this is straight out Communism. Take from the rich (later take from the poor also) and give to those who will keep you in power. That is the way this works.

Where does all of this money come from?

Help does not come from nowhere, nor is help ever free. Somebody has to do it, somebody has to pay for it. Where does the money come from? When we talk of a Bible church, one set up on biblical principles, then there is charity. But charity in the sense that God uses this, this charity is simply from the goodness in one’s heart, they help somebody else OUT OF THEIR OWN EFFORTS AND MONEY. There is the rub. Charity is not about stealing or forcibly taking money from other people for you to give away to bank your own power grabs. It is on an individual and personal level.

Why individual and personal?

Because there are a lot of lazy and deceptive people out there that are worshiping money and riches and will say they need help when they are better off than those giving to them. On a single, personal, individual, one on one situation it is much easier to detect these and not give anything to them. Even with that level of inspection, many times they deceive you.

But when the money is grouped into some organization or the government and then given, then there can be no inspection of the receiver’s situation. They have to give as the government sets the rules. In the end, the government is a net zero organization. It cannot produce money by itself, not does it produce money by taxing others. It either taxes you individually, or taxes businesses. If it taxes businesses, they are profit making organizations, so they will pass these taxes onto the consumer. So the average man in the street gets hit no matter what they say. He gets hit by paying taxes, and if he pays no taxes (many are thieves and robbers, crooked) he still will pay more for whatever he consumes.

So there is another problem here. If this is wrong, and it is, then why doesn’t the governmental judicial powers stop it. That is because everything has been infected with the same Democrats. They are not allowing their own hand to be stopped. We need the average citizen to get involved in politics at a local level and demand justice and obedience to the founding principles of our country, not the founding principles of Russia.

So take aways from this…

More articles about Life in Mexico