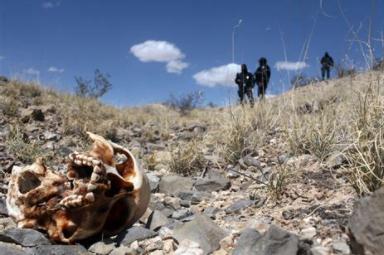 UN: torture in Mexico occurs with ‘impunity’ at hands of security forces

This piece is a very serious charge from the UN on the police and military forces using torture to extract confessions from people they think have done wrong. Living here ofr 30 years, I hear of this often. One of the things that are hard for an American to understand is the flip-flop between Mexico and the US as far as confessions. It seems as though no crook in Mexico is worried about his confession inditing him later on. They capture people and within hours they confess to whatever the police think they have done. They come out on TV and explain and tell all.

My observation being a resident here is the following. A chain of life sentences (there is no death penalty in Mexico) does not mean a whole lot when they get out anyway by legal means within a few years (pay off a judge), or as in one case, a maximum security prison “left the doors open” and some 40 inmates “just walked out”. Most were recaptured, but it makes you wonder just how messed up is the prison system here. (The guards that were responsible disappeared with the inmates.)

On another note, there are no open trials in Mexico, i.e. all criminal proceding is via paperwork from state prosecutors and defense lawyers gave to a judge, and the judge answers the charges with a dictum. They are trying to open the system to a “live” court trial system, but I am not sure how that is going along. Most judges don’t want the criminals to see their faces, nor do state prosecutors. While this is a response to the dangers here, it is a prime situation for a judge to get a payoff, or a threat and make the decision according to how the nastiest of the people want.

The article notes that the habius corpus law of the US which limits the time police can hold a suspect to hours, here is 40 days. Wow! What confessions can you beat out of a person in 40 days? Torture occurs with impunity in Mexico